We normally head over to Alpine, Az for their Rte 666 car show, however this year we attended a new show in Pinetop. The show is part of their Spring Festival at Woodland. The proceeds of the charity car show go to the Love Kitchen which helps to feed low income children and seniors on the mountain.

Pat Bell used the show to help introduce his new business, Arizona Suspension Specialist located on the Deuce of Clubs in Show Low. All though the car and bike show had the typical 1st year low attendance it did see a high number of spectators who supported all of the vendors and businesses at the show.

On the way home from Viva Las Vegas the Wagon ate yet another rear axle bearing. I finally tossed in the towel and ordered a new 9″ Currie with 31 spline axles and large bearings. The small bearings in the 1967 Cougar axle are just not up to handling the weight, power and speeds that I drive in the Dodge. Unfortunately, Currie failed to inform me when I placed the order that they and their suppliers were super backed up with orders… it took almost 6 weeks for the new axle to ship. We put a new bearing in the old axle so that we could at least go to the local shows. After Show Low this coming weekend we will swap in the Currie… hopefully my problems will be solved!

As part of the Car Show, the organizers had a Lil Miss Pin Up show. Mel dressed our girls up in period correct dresses and make up and both the girls had a great time showing off on stage.

The class set up that they had come up with was pretty different. They tried to cover both old and new cars and bikes… hence with had a Pre 1980 Stock, Modified and Custom Car, Truck and Bike classes which made judging interesting… As luck would have it we had two great 1966 Novas in the Pre 1980 Modified Class… and a stock 1970 Mark Donohue Edition Javelin which the owner had entered in the Custom Class. It really is a very nice, rare car and I was very happy to see it at such a small show!

It is a shame we had two competing shows this weekend, it would have been nice if they could have been on different days. Maybe next year!

Next weekend we have Crusizn the Rim in Show Low. Hope to see a good turn out!

Thank you to Danise Cover for suppling the photos of the putt!

Our May Breakfast/Lunch Putt was on Saturday, May 19, 2018; Roadmasters were Steve and Pam Graves, and the restaurant was Anthem Grille at Poston Butte Golf Course.

The Gang met at The Slab, 1945 E. Baseline, Gilbert, AZ 85234(parking lot of McDonald’s, intersection of Gilbert & Baseline) promptly at 9:45 am for the restaurant (with a gas and “go” at the Frys station/McDonalds in the parking lot).

After brunch, the Gang headed over to the Graves place for a little dessert .

Breakfast Putt to the Anthem Grill 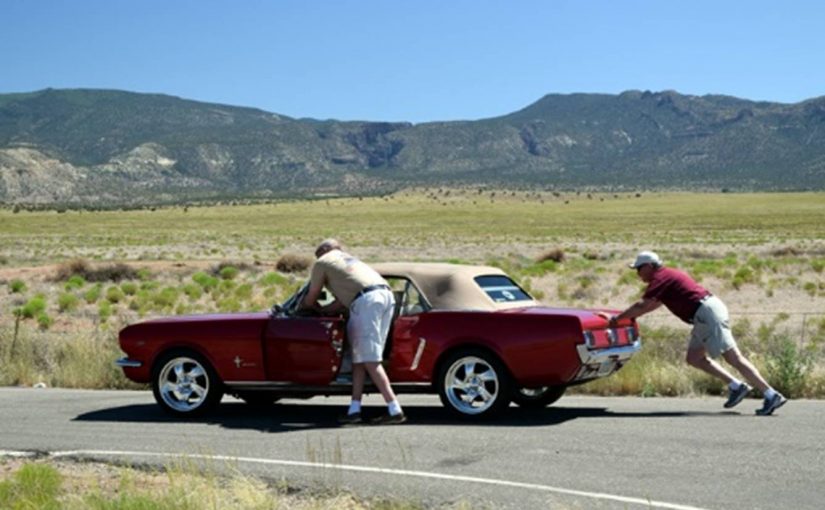