I received this wonderful email this morning. This is a first and I am so glad that we were able to help Evan in his research and project! Just the other day I was bemoaning the fact that most young folks these days have no interest in automobiles, let alone classic cars and hot rods! And today I found the dream is still alive…

Faith has been restored!

My name is Whitney Roberts, I am a tutor in Kingston, NY (about an hour north of NYC). My son Evan is really into cars and trucks. So much so that he is doing a project for school on the history and the evolution of the automobile. He is really into trucks and heavy duty vehicles and machinery, but really anything with an engine will suit his interest. I was helping him out with some research online last night, and we really enjoyed your page, http://othg-phoenix.net/index.php/favorite-links/ . It had a lot of helpful information, and we also enjoyed checking out your pictures.

Evan has been doing a bit of research on his own, and he showed me this article he found about the history of the pickup, its role during WW2, and how it changed life for many working Americans, https://www.americantrucks.com/a-history-of-the-classic-pickup-truck.html . I thought it was a great article, and its very cool to think what a positive impact the pickup truck has had on our way of life, from farmers to construction workers, to your every day person who just likes the utility they offer. I was hoping you could add it to your page, I would love to show Evan. I think he’d be really excited to have been able to contribute a fun and helpful article to your page.

Thanks again for the awesome page and help with Evan’s project. If you’re able to add the Pickup Truck article to your page, please let me know so I can show him! Have a great day and hope to speak to you soon.

Click the photo to go to the article on Pickup Trucks! 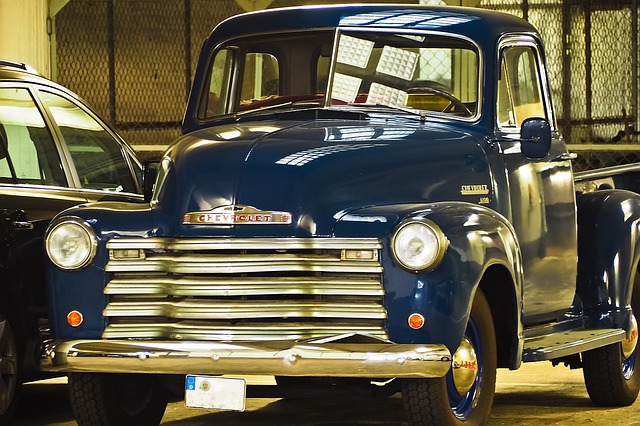 Thank You Whitney and Evan! You will find the link added to our Favorite Links Page!

Last weekend we attended the 2017 Edition of Cruzin The Rim presented by the Rim Country Cruisers to benefit a number of local charities. Joining Michelle and I were Tom & Val Altgilbers, Steve & Terry Besore, Charlie & Danise Cover and Paul & Judy Nolte who drove over from Pine Saturday morning. Also in attendance was former members Frank & Rose Svancara who drove down from Greer, AZ. All in all, I was disappointed in the low turnout by the club for a show that used to be one of our main events. I cannot believe that everyone prefered staying in the valley instead of enjoying our 70-80 degree weather.

Friday evening there was a cruise around the Show Low area that ended up at Hatch Toyota in the Show Low Auto Mall for the annual Burger Burn which was catered by Grumpy Jakes who went all in this year. The burgers were a good 1/3 of a pound and came with all of the fixings plus chips and drinks. I have to say that this was perhaps the best car show burger burn that I have ever attended.

On Saturday morning we headed over to the Soccer Field on 9th St, making sure we left home in time to miss the closing of the Deuce of Clubs for the Derby Down the Deuce race which is held in addition to the Arts & Crafts Show at the Baseball field, the Farmers Market and the Cruizin the Rim Car Show which are all part of what has now become Show Low Days weekend. Danise walked over to the Arts & Crafts Show and was able to grab a few shots of the Derby Races. She was expecting that the cars would be driven by children and was surprised to find out that they were piloted by grown men. 😎 The Derby Race was started a few years ago and has grown into quite an event with a growing list of participants.

The turnout for the car show was well in excess of 125 entries, so the lack of participation from our club was not really noticed…

One good thing that has been instituted at the Cruizin The Rim show is that they have eliminated all the class judging and replaced it with a Top 5 People’s pick that was compiled from the voting of the 1st 250 spectators. They also had a Top 20 Pick based upon the voting of all of the entrants, and to top it off they had very nicely engraved beer mugs for Best GM, Ford, MOPAR, Studebaker, Orphan, Import and Special Interest vehicles along with Best Paint, Best Interior and Best Engine. Basing the awards this way eliminates all of the problems with class voting at small car shows… IMO, GOOD JOB!

Frank & Rose picked up a Top 20 Award for their 1940 Ford Convertible and Michelle and I also got a Top 20 for our 1956 Dodge Wagon. Frank and Rose also garnered the Best Convertible award over stiff competition from a newly completed 1949 Chevy Town & Country Convertible which went on to win Best in Show.

Saturday Evening Michelle hosted our mostly annual After the Car Show Party with her usual array of fine cooking. In addition to our club members we had invited a fair number of local car enthusiasts and other friends for a nice mix of party goers. All in all I have to say that my wonderful wife knocked another one out of the park!

My sincere apologies to Tom & Val Altgilbers for not having a photo of their Suburban. I had gone over to where they were parked to take the photo and the truck was surrounded by people, so I said to myself, I will just continue on, and come back when the crowd is down… yup, that didn’t happen. Sorry guys!

Also, please note that all of the photos are in reverse order… I have screwed with this all day and finally gave up. No matter what I tried, WordPress decided that it wanted my photos in this particular order, why? I have no clue… nor do I know why WordPress takes all the jpegs shot with Danise’s Iphone and turned them all upside down… sigh.